Anna Hejka – legendary Polish businesswoman – passed away
dodaj
GospodarkaWPROST.plTechnologie
– If I were ever to fly to Mars, Hejka would be on the team – admits Michał Lisiecki. Sunday, September 9th, after battling lung cancer, Anna Hejka, Polish entrepreneur, investment banker and an Angel of Business, passed away.

Anna Hejka – managing director at Heyka Capital Markets Group – has passed away at the age of 59. She was an active businesswoman, founder of 20 companies in USA, Europe and Asia, an investment banker in Salomon Brothers and a vice president of Security Pacific in New York, an investment banker in JPMorgan Chase in Madrid, analyst in Cargill in Barcelona as well as, among others, member of US-Polish Trade Council, World Bank expert, member of PARP and founder of Leaders of Business Poland and many others.

– I met Anna Hejka at the Round Table Mixer conference. It was a meeting for young people, who wanted to make a change in media, business and politics. Anna was very active at this first meeting and quickly became a speaker at the following ones. She had tremendous knowledge and experience; especially in the fields of science, funding and development strategies. Nothing was impossible for her – Michał Lisiecki, founder of PMPG, remembers. – If I were ever to fly to Mars, Hejka would certainly be on this team. She remained direct, open, painfully honest and radical. People were divided in two: those who valued her directness and those who were afraid of it. When I received news of her death, it seemed like a joke. Some say that the world lost and heavens gained, but it's definitely not game over. Apparently Anna and her skills were needed elsewhere – Lisiecki sums up.

World Economic Forum in Davos awarded Hejka with a title of Global Leader of Tomorrow; she was also distinguished by the European Association of Angles of Business, while Home&Market announced her as one of 25 Best Managers in Finance.

– It’s not easy to talk about a person with whom yesterday one made business plans that were supposed to stimulate Polish business innovation and lead Poland into deep waters of international competitiveness, yet now, that person became a figure from our past – Professor Piotr Moncarz from Stanford University, member of US-Polish Trade Council, recollects. – I met Anna over ten years ago; avid in a discussion with big shots of Polish investment market, then I watched her in panel debates in the Presidential Palace, at the Stock Market, at Stanford University etc. Always well prepared, ready to fight till the end, when she saw something as right. I remember a short business meeting with her in Złote Tarasy. As usual, she arrived late but then, in a strange manner, tried to quickly get rid of me. It was too late: suddenly, Piotr, her knight in shining armor, arrived, with a bouquet of roses – and everything was clear. I bore witness to a picture example of teen love. They barely remembered to say goodbye. Then, there were more meetings and they were still the same: madly in love, full of mutual care. And that was the same tough-in-business Anna. It’s hard to imagine initiating and planning so many projects without her. But I can surely say loud and proud: Thank you, Anna. 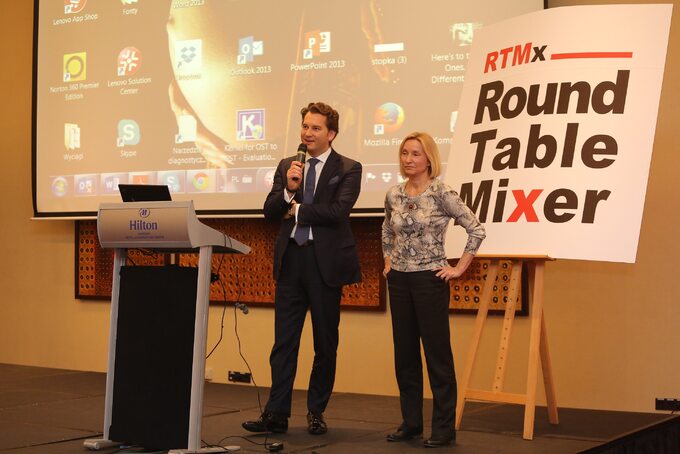 She graduated from the University of Gdańsk as well as from MBA IESE Business School Program. She became an expert in investment and commercial banking. She was a founder and managing director of Heyka Capital Markets Group, which was the first investment bank in Central Europe. She was a member of a jury and an investor in the third edition of „Dragons' Den – How to be a millionaire” TV show, aired on TV4. Anna Hejka’s mission was financing innovation, supporting companies, investors and politicians deciding about economic boundaries for entrepreneurship as well as representing Poland on the international arena. She almost pursued a doctoral degree at Kennedy School of Government at Harvard, but decided she will be more effective in business.

– I was honored to get to know Anna Hejka, and work alongside her on one deal, as I began to get involved in investing in Poland several years ago. As I engaged in the Polish technology sector, I was so fortunate to have her as a guide and counselor. She had such huge vision that was backed up by the ability to execute – an all too rare trait in the sector – Matthew Tyrmand, entrepreneur and publicist, remembers – I watched as her wealth of experience and ability to communicate her ideas helped many early stage ventures. Whether the issue of the moment concerned financing, go-to-market strategy, capacity expansion, what have you – she was always on point and added considerably to the outcome. The experience we shared, co-investing and helping incubate one portfolio company, taught me so much about the milieu in which she was a legend. Her energy and enthusiasm were always infectious. She will be missed, by me, all who worked with her, and all who knew her – he adds.

Anna Hejka was described as one of the main figures in the book „Business inspiration for Polish women around the world” by Urszula Ciołeszyńska and Kinga Langley. The publication invokes histories of 20 women, who achieved success in business, distinguished themselves with entrepreneurial attitude and inspired others to act. Each of them operates in a different area, but they are connected by their way of thinking.

– Many of us will keep asking just how this is possible. Anna was the embodiment not only of widely defined business activity and all healthy habits. She simply epitomized primal joy of life, a force that pushes the world forward – recalls Marek Banczyk Ph.D., Columbia University Visiting Scholar, with whom she founded Cityglobe Inc. startup, in New York. – The world of international investments is an arena of various situations, sometimes harsh quarrels and sudden turn of events. We went with Anna through many battles, sometimes on different sides of the barricade. I have never met a person with such untiring will to fight. She never, and I mean never, gave up. Of course, she represented many other traits: she was a classic example of a world-level business leader, she was able to mesmerize and dominate every international assembly, consisting of freely picked members. She played firm, sometimes rough or really rough. However, above all, through all her life she contested the idea of impossible. Whatever happened, one was certain – everyone will drop before Hejka will. A week before her death I negotiated a business with Anna. She was always decisive, tough but sensible. I knew already that she was sick but I never imagined anything could hinder her life force. I still don’t believe it. I think, she just regrouped and keeps fighting there, where she was not yet present. Wherever she is, she keeps playing. And winning. We will see each other in the next episode – he sums up. 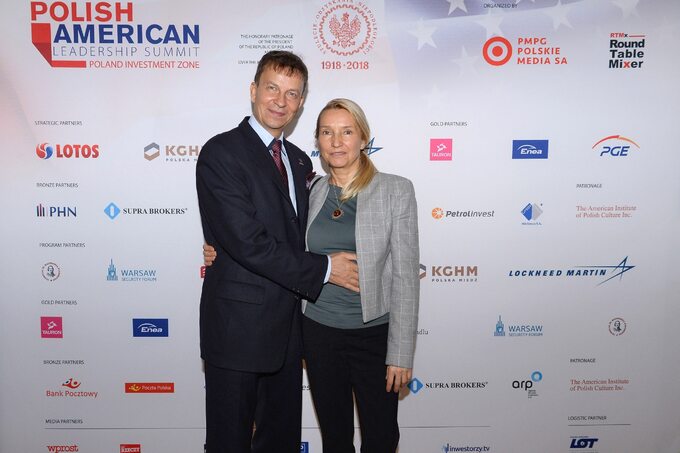 Anna Hejka and Urszula Ciołeszyńska planned to organize a conference for women in business in Warsaw, on November 16th this year, which would aim at presenting the way of thinking and operating of entrepreneurial women. The following weeks will also see the premiere of the book “Never give up”, presenting figures of 21 entrepreneurs in Polish conditions. One of the described businesswomen is Anna Hejka.

– I met Anna in spring of 1991, when I was working in the Ministry of Ownership Transformation. It was hard to find a Polish woman with such vast knowledge and international experience in area of investment banking – Andrzej Voigt explains. – Anna was forever Polish and a wonderful ambassador of economic affairs all over the world. Her energetic and merit-based statements during our cooperation within MPW or later PAIZ have certainly contributed to changing the image of Poland in the world. We maintained contact and kept planning until the last days. Her openness to innovation and her knowledge had not once put me in embarrassment, it was hard to keep up with Anna. Piotr, her husband, was an amazing support, which she emphasized every step of the way. She is gone much too early – he recollects. 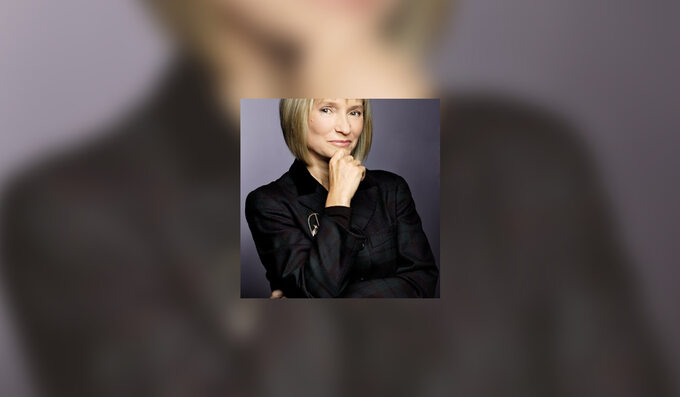 In April 2018 Hejka became Head of Advisory Board for DasCoin in London. The company creates digital currency based on blockchain technology.

– She can be called a woman of success with all certainty. Her curriculum vitae amazes. It was caused by the traits of her character, such as full optimism, confidence, courage and tenacity, which, in combination with the spirit of business that filled her, created a mixture propelling constant action and achievement of next goals. Moreover, this mixture inspired others who worked with Anna – Piotr Piaszczyk, legal counsel at PMPG, comments. – With Anna it was simply impossible to say that something can’t be done or that there is too little time. A call from Anna always meant that in a minute there will be some big affair to deal with. And effectively. Of course, she herself gave the most. She was always fully engaged in what she was doing. One could learn a lot from her attitude. Yet, aside from her devotion to professional matters, she was always open to others, kind and smiling. It is hard to find another person as interesting as Anna. She will be greatly missed. She could have given so much more, taught us so much more – he adds.

Anna Hejka passed away on September 9th 2018 due to an aggressive form of lung cancer. Since the diagnosis until her death only a month and a half has passed. She was treated at Centre for Treatment of Tuberculosis and Lung Diseases in Otwock. Her husband Peter accompanied her until the end.